A visit from Santa Claus 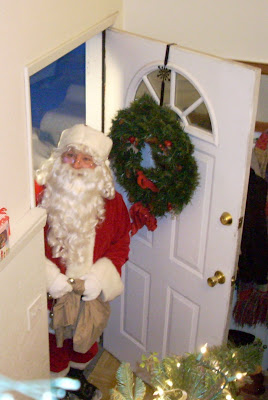 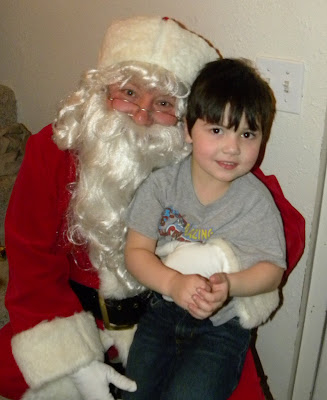 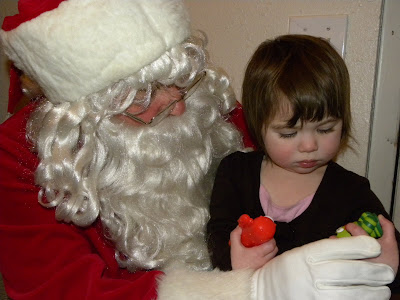 About a week or so before Christmas, the kids got an unexpected (for them) visit from Santa. Santa just happened to be in the neighborhood and decided to stop by. He even had presents for all of us!!

Gavin was excited, but a bit shy. He did so much better around Santa than he has done in years past. Heck, in the past, he wouldn't even go near Santa! Bekah, for being as young as she is, did remarkably well. She was a bit timid at first, but after she opened her gift and discovered that it was a Yo Gabba Gabba toy, she seemed to be a bit warmer to him. She even let Santa help her put her boots on.

Soon it was time for Santa to leave and when he left our house he made sure to hand out candy canes to the kids next door. What a great Santa!! Thanks, Santa for making a special trip! And thanks, Mrs. Claus for sending him our way!!

Posted by 4theloveofmyfamily at 9:59 PM 1 comments